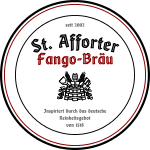 New: A demo of the software is now running on http://fangobräu.de/mashdemo/ with simulated measured values.

Any modern web browser with canvas support running on netbooks, tablet computers and even smartphones is a suitable client.

The process and temperature control logic is entirely server based. Its software has been written in C language and is running perfectly as a daemon on embedded Linux systems like Raspberry Pi. However, ordinary x86 GNU/Linux machines may also be used.

The software also provides a universal two-level controller which can be used for cooling or heating devices. This can e.g. be used to control a fridge during fermentation of bottom-fermented beers like lagers.

To whom the process of multi-rest mashing is well known, the software should be very straight forward to use. Rest times and temperatures are adjustable via Web-Interface. Just set a time of 0 minutes to skip a rest. System parameters of the server for sensor and actuator control can be adjusted by a configuration file (ini-format) and can not be changed during runtime. In addition to a heating device there is also an option to control a stirring device.

The Software is using a plugin system (dlopen), so it is easy to add support for more sensors and actuators.

Sourcecode is available via git and can be downloaded using the following command:

Pre compiled binary packages for Debian 10 are also available. They are available for armhf (Raspberry Pi OS) and x86/64 architecture and can simply be installed by apt-get.

Just add the following URL to /etc/apt/sources.list and install the web20mash package:

After installing the package just edit the runtime configuration file /etc/mashctld.conf and start the daemon (mashctld). The debian package contains an initscript which is doing this automatically on boot.

People without good Linux knowledge who want to use the Software on a Raspberry Pi might be better off using one of our Raspberry Pi OS images instead of manually installing the software.

By getting "payed" with fresh beer we are very willing to give support concerning installation of software and construction of hardware :)
Kontakt: "vorname von sven" at fangobräu.de